The Two Sides of Caffeine: It Can Both Cause Headaches and Relieve Them

Have you ever found that caffeine fixed one headache, but gave you another one? Here’s what you need to know. 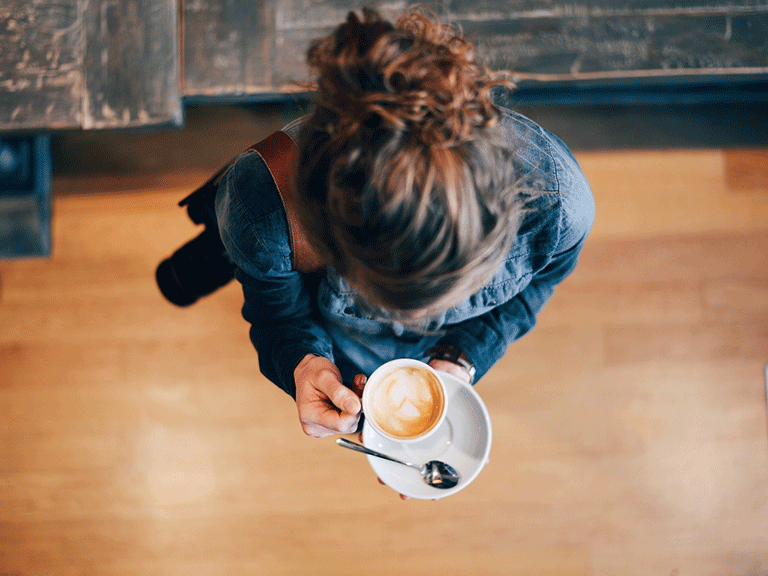 If you’ve ever downed a more-than-usual amount of espresso in a morning, you know that consuming too much caffeine can cause a painful headache. But that’s just one way caffeine can affect headaches—at other times it can be the key to feeling better. Here’s a look at the two very different sides to the caffeine/headache connection.

For people sensitive to caffeine, having too much (more than 400mg a day) can cause headaches. Four cups of brewed coffee is typically about 400mg of caffeine. However, keep in mind that different brands and chains can have different amounts — a 12-ounce cup of Folgers has 60-80mg of caffeine, but a 12-ounce brewed coffee at Starbucks can have 235mg. You can be more sensitive to caffeine if you don’t normally consume it, so if you aren’t a regular java drinker, limit it to a cup or two.

On the flip side, going without caffeine when you’re used to it can bring on pain. Even if you only have a cup of coffee a day, suddenly going without could put your body to go through caffeine withdrawal, which can cause you to have trouble concentrating and headaches. The more caffeine you usually have, the worse your symptoms will be. If you want to cut down on your intake, do it gradually by doing half regular coffee and half decaf for a few days, then slowly changing your ratio to favor more decaf.

While caffeine can be the cause of your headache, it can also sometimes cure it. That’s because, during a headache, the blood vessels in your head enlarge. But caffeine constricts them, which can bring relief. However, if too much caffeine is what caused your headache in the first place, stick with a pain reliever by itself.