How to Make New Friends at Any Age

Making friends used to be so easy: They came built-in at school, or all moved to the same city with you after college graduation. But in the years since, you’ve probably spread out quite a bit, maybe moving cities yourself for a job or because of your family. So how does a person make friends as an adult? It's definitely not easy, but a review of research found that having friends is good for your health. Another study found that social isolation was associated with an increased risk of developing heart disease. The takeaway? Don't live life without friends! Now, about making them as an adult…. Here's how you can start:

1. Open up. First things first: You have to want to make new friends. It's normal to be scared, or shy, or feel like you shouldn't have to do any work to meet people, but that's not going to get you any closer to adding new phone numbers to your contacts list. But if you have the attitude of wanting to make new connections, your outward energy will change, too. If you're open to others, they'll start to gravitate toward you. 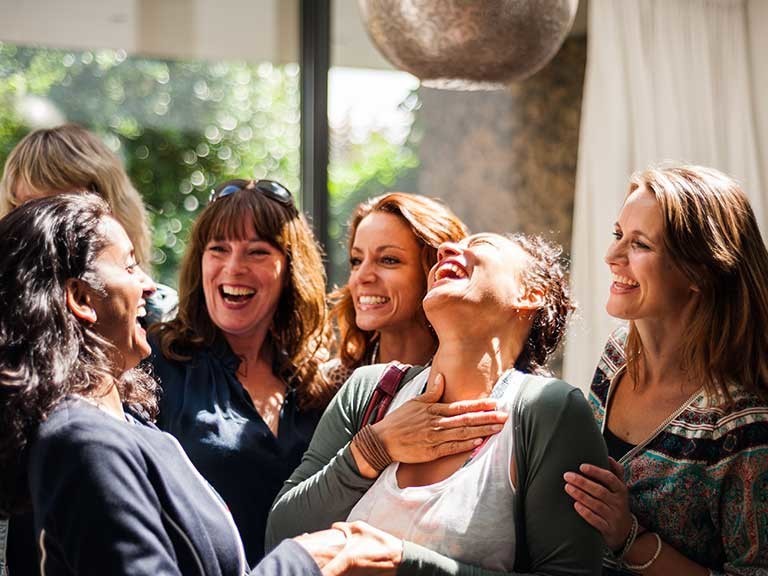 2. Get out from behind your phone. Before the smartphone became ubiquitous, you used to be able to make small talk with the person next to you at the coffee shop or the grocery store, but these days, everyone's got their head buried, thumbs swiping. That effectively cancels any chances of becoming fast friends with the person who grabs their latte at the same time as you or who takes the same yoga class every week. But you know what? Don't let social media keep you from actually socializing. You have the power to keep your phone tucked away and your eyes available to make contact with a kindred spirit.

3. Say hello. It sounds so simple, but sometimes, all you need to do is say hi. The other person is probably feeling some mixture of social discomfort and awkwardness. When you're the one to break the ice, you put the other person at ease. 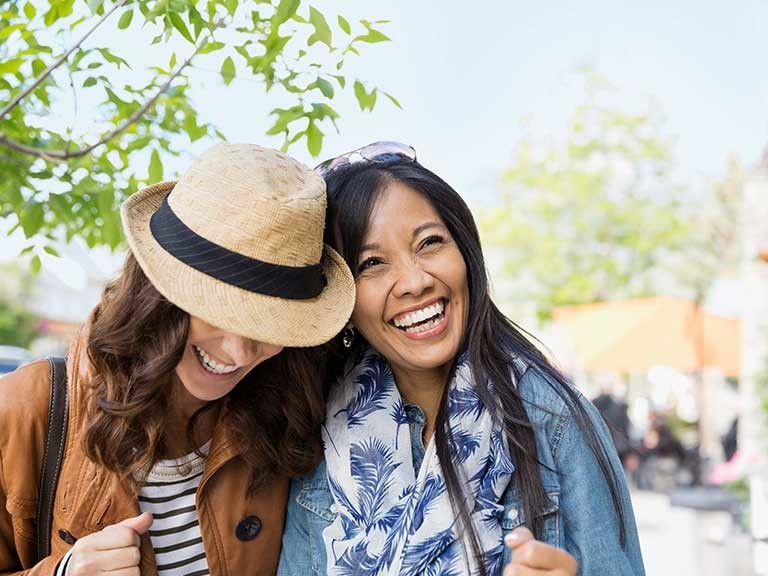 4. Be a joiner. Take a hobby you already love and join a group that does it. Athletic? Think about joining a sports league. Want to help others? Find a regular volunteer gig. Bookish? Form a book club with coworkers you’re friendly with, and ask each person to bring an additional friend. Crush it at karaoke? What about a local choir? The point is, if you put yourself in a position to encounter like-minded people on a regular basis, you're only increasing your chances of being able to make new friends.

5. Keep trying. It's easy to feel rejected when someone isn't available to hang out with you the first time you ask them to, but try not to take it personally. You don't know what the other person has going on in their life, and there's nothing wrong with trying a few times to make plans before something happens. If, in the end, you don't have enough chemistry to make a friendship work, you didn't lose anything. In fact, you spent time making a human connection, and that's what matters.