So, Is Cheese Good for You or Not? 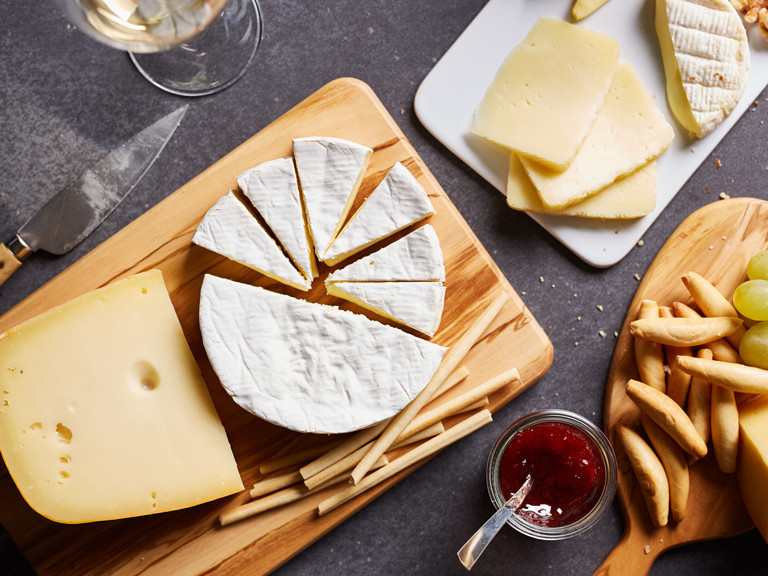 If you were asked to imagine some of the tastiest comfort foods, you’d probably think of things like macaroni and cheese, pizza, or your mom’s lasagna. What do they all have in common? Copious amounts of cheese. But while it used to be that ooey gooey cheese was a nutritionist’s nightmare, lately it seems like more and more studies are proving the opposite: that eating cheese isn’t that bad and, in some cases, may have health benefits. So which is it? Keep reading for the latest research on diets that include cheese—and a few things you should keep in mind next time you’re in the dairy aisle.

It will not increase your risk for heart disease and stroke — in fact, it may even lower it: A large review of existing studies looked at the connection between dairy intake and cardiovascular disease, heart disease, and stroke. The researchers found that stroke risk was significantly reduced by diets that include low-fat dairy and cheese consumption, and that coronary heart disease risk was significantly lowered by eating cheese. This was true even though cheese is often a high-fat food. Researchers aren’t positive why this is, but they theorize it may be that cheese’s high calcium or protein content may help, as well as the presence of fermentation by-products like microbial cultures. However, a different meta-analysis of studies found a neutral association between cheese consumption and cardiovascular disease; in other words, those researchers concluded that a diet including cheese didn’t increase people’s risk of cardiovascular diseases, but it didn’t lower it either.

It can help your gut out: Probiotics are those “good” bacteria that help support your gut and immune health. When you think of foods that contain probiotics, you probably think of things like yogurt and kimchi. But you can go ahead and add aged cheese to that list. As long as the cheese hasn’t been heated after aging, it contains probiotics (and it doesn’t matter if it’s hard or soft). You should look for labels that say your cheese contains live cultures.

It doesn’t impact cholesterol the same way as other high-fat foods: Researchers from Ireland wanted to know if different kinds of high-fat dairy foods impacted your health the same way as cheese. They had participants eat 40 grams of dairy fat a day, either in the form of unheated full-fat cheddar cheese, reduced-fat cheddar cheese plus butter, or just butter (the butter group also got calcium supplements). The group that got all of their dairy fat from cheese had lower LDL cholesterol (the “bad” kind) than the groups that got some or all of the fat from butter.

Cottage cheese in particular may be a great snack: It may not appear regularly on cheese plates or sandwiches, but don’t forget about cottage cheese. One cup of large curd cottage cheese has 23 grams of protein and 174 milligrams of calcium (that’s more protein than a 3-ounce salmon filet!). And research shows that the casein protein in cottage cheese can help muscles repair themselves after resistance exercise when eaten at night.

Does this mean I can eat unlimited cheese?

Sadly, no. The U.S. dietary guidelines recommend making half your plate fruits and veggies, eating low-fat dairy (which not all cheese is), and limiting saturated fats overall. If you want to reduce your risk for cardiovascular disease, you might want to replace some saturated fat in your diet with unsaturated fats; think cooking with olive oil or sunflower oil rather than butter. Researchers from Harvard University found that switching five percent of your daily calories from dairy fat to vegetable fat is associated with a 10 percent lower risk for cardiovascular disease. If you replace that same amount with polyunsaturated fatty acids, the association rises to a 25 percent lower risk.

But don’t forsake cheese! You should aim for 3 cups of calcium-containing dairy each day. It can also help to learn what an actual serving of cheese looks like (hint: it’s less than what you tend to find on a slice of pizza). One cup is equivalent to 1½ ounces of hard cheese like cheddar, gouda, or swiss, 1/3 cup of shredded cheese, or 2 slices of a hard cheese. When in doubt, just brie reasonable!