One mom made the most out of the situation when her entire family caught colds. 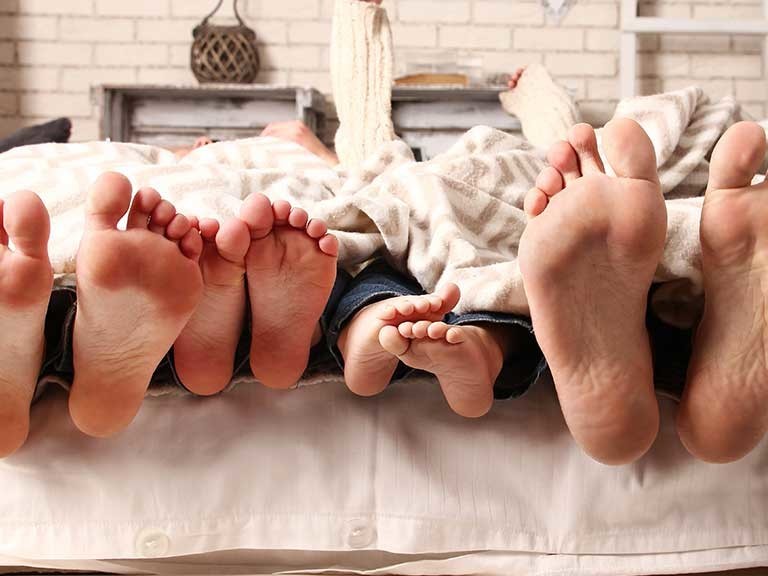 One Wednesday in the winter of 2013, Erin Lane’s daughter, nearly 2 years old, came down with a fever. Two days later, Erin, a marketing strategist and lifestyle blogger from Raleigh, North Carolina, caught the cold, and by the following week, her husband and their 4-year-old son also had sore throats and stuffy noses. It was a mother’s worst-case scenario: The whole family was stuck at home with the sniffles for the next week.

Generally, colds are not associated with the sunniest of memories. But Erin and her family made the most out of their situation. “As moms, we’re always going, and when you’re sick, it forces you to slow down,” Erin says. “It gave us a chance to be together and be close, and that’s not something that we always make time for.”

Erin’s daughter’s birthday happened to fall on the Sunday when the whole family was red-nosed and feverish. They had originally planned to throw a party—complete with an Elmo cake—but that plan was derailed by four colds. The family found a way to celebrate anyway, with Erin getting her daughter a cupcake from the grocery store right before dinner and the family singing “Happy Birthday.” “Just because you don't have a party doesn't mean you don't celebrate,” Erin says. “It was only the four of us and totally awesome that way. We didn't need a big production.”

Erin chooses to focus on the positives of their time sick at home together, thinking of their mandatory rest as time for the family to bond. “When the kids get sick, you end up playing games or have quiet time, and it forces you to have that family time,” she says. Erin and her husband used the time to simply be with their children. “It gave me a moment to sit and cuddle with the kids,” Erin says. “Being sick, while very unfortunate and not fun, is your body’s way of saying, ‘Hey, you guys need a break, spend some time together, appreciate what you have.’ It gives you a new perspective going forward.”