Why Getting Extra Sleep May Not Be a Good Idea

A new study has some interesting findings. 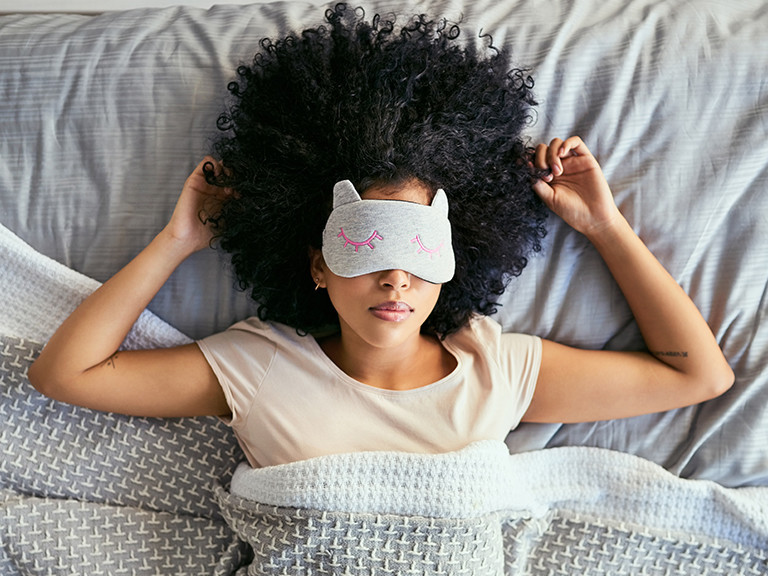 You may wake up feeling like a new person after sleeping 10 hours on a Saturday, but surprisingly, that doesn’t necessarily mean you’d benefit from getting that amount of shut-eye regularly. In fact, new research finds that getting more than eight hours of sleep each night is associated with a greater risk of cardiovascular events and death.

The study, published in the European Heart Journal, analyzed 116,632 people across seven worldwide regions over the span of nearly eight years and found that participants (aged 35 to 70) who slept for more than six to eight hours a night were more likely to die (from any cause) or develop heart disease. More specifically, those who slept a total of eight to nine hours a day had a five percent increased risk; those who slept between nine and 10 hours a day had a 17 percent increased risk; and those who slept more than 10 hours a day had a 41 percent increased risk. (The report defined sleep as the participants’ amount of time spent in bed.) According to the study, “an estimated sleep duration of 6-8 [hours] per day was associated with the lowest risk of deaths and major cardiovascular events.” (For reference, the National Sleep Foundation recommends adults get seven to nine hours per night.)

The authors liken their findings to a “J” curve, where the right side of the curve represents the spike in risk that occurs when you get too much sleep and the left represents the spike that occurs when you get too little. Notice that, according to the study, sleep overload can be more harmful to your health than sleep deficiency. In a similar vein, the report found that subjects who napped during the day were more at risk for heart disease and death—but only if they were getting the extra sleep on top of an already sufficient night’s rest.

Sleep specialist W. Chris Winter, M.D., author of The Sleep Solution: Why Your Sleep Is Broken and How to Fix It, points out that the National Sleep Foundation issues its recommendations in ranges for a reason: everyone’s different. (Note: Dr. Winter was not involved with the EHJ study.) “There are certainly people out there who require eight hours or more individually — that’s the perfect amount for them,” Dr. Winter says. “If they’re consistently getting seven, they’re nodding off at work, if they’re getting eight or more, they feel great. Which is no big shocker.” But on average, he agrees, too much sleep probably isn’t a good thing.

As for napping, he’s all for it—if you’re making up for a short-term sleep shortage. “I can’t really make up for all the lost sleep from residency in medical school,” he explains. “However, if I stay up really late tonight, but have the opportunity the [next] afternoon to maybe take an hour or two nap, I can probably make that up.”

If, on the flip side, you really only need six hours of sleep a night to function, Dr. Winter says not to stress over hitting the coveted eight-hour mark. “Those individuals often struggle with something that looks like what we would consider insomnia, where they go to bed and can’t fall asleep even though their partner does.” At the end of the day, he concludes, “it’s all about what’s right for you.”

That said, it’s possible the EHJ study turned up the findings that it did because the participants who slept more than eight hours a day were experiencing underlying conditions that put them at risk for cardiovascular events and death in the first place; remember, they only found an association (not causation). If you do find yourself needing an excessive amount of sleep to feel refreshed, consult your doctor. If nothing else, the peace of mind might help you sleep at night.

Get more great health and wellness stories at MarthaStewart.com/Strive