This is what science says once and for all about multitasking. 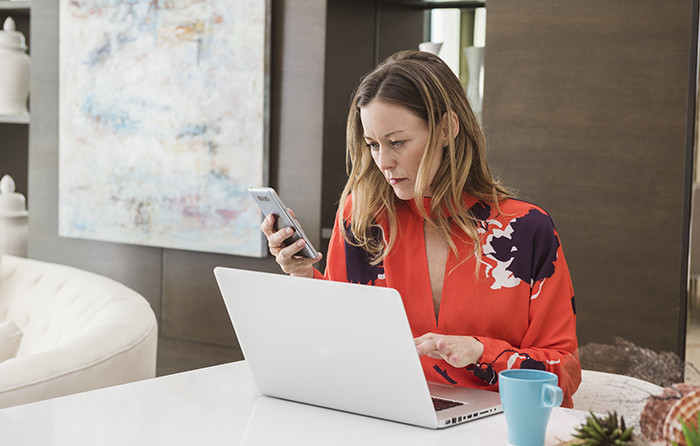 Chances are, you spend more time multitasking than you ever spend zeroed in on one task. But does trying to focus on multiple things at once really mean you get more done? Unfortunately, science says not really. In fact, some research suggests that multitasking can actually make you less productive.

“When you’re doing at least two tasks at once, one that requires one form of cognition and another which requires a different form of cognition, the brain is attempting to process and encode (at least) two disparate sources of information,” says Nicholas Hobson, Ph.D., the director of science at Psychology Compass, an automated cognition coach service. “But it incurs a processing ‘switching cost’ as it isn't able to run both at the same time.”

Multitasking causes activity to jump around various regions of your brain. This interrupts the functional connection of the neurons needed to adequately process information, which is what allows them to carry out a task, Hobson says. You end up losing time when you shift tasks, and even though it may be just tenths of a second, those nanoseconds add up throughout the day.

All that activity is mentally taxing, which doesn’t help your productivity, either. “When we multitask, we exhaust our physical, emotional, and cognitive energy,” says Shefali Raina, a certified professional coach with executive coaching company Alpha Lane Partners. “Multitasking uses up our brain fuel (oxygenated glucose) rapidly, and we get more tired versus if we were focusing on a single task; it’s also shown to cause increased stress. And when we’re physically and emotionally tired, we don’t have the capacity of our full cognitive resources, which impacts our focus, our concentration, and our memory retention—all of which reduces productivity.”

The science is pretty clear: When people switch between different tasks, they lose time, and the more complex or unfamiliar the tasks, the more time they lose. Additional research has found that when it comes specifically to media multitasking (e.g., when you’re checking your phone while watching TV), people who are heavy media multitaskers are worse at sorting out relevant information from irrelevant details, slower to switch between tasks, and tend to be less effective and efficient even when they’re not multitasking. Kind of the opposite effect you’d expect from multitasking, right?

That’s not to say you should never multitask—we’re all busy, and sometimes it’s the only option.

But “the only time when multitasking is more efficient is when the tasks you're doing are simple and not cognitively complex (or at least one of them is simple and is a more or less automated behavior),” Hobson says. Think: unloading the dishwasher while having a conversation on the phone.

To actually be a productive human, you’re better off organizing and managing your schedule and surroundings so you can tackle stuff—one task at a time. Here are a few ways to do that:

Assess the complexity of your tasks: Use a 1 (super-simple) to 10 (very complex) scale, and assign each of your to-dos a number, Hobson says. “With that, be sure you manage the situation accordingly: Higher scores on a given task tells you to set up the surroundings to allow you to enter into deep work—intense focus and concentration—so, for instance, turn your phone off or put it into airplane mode during those times.”

Try the Pomodoro Technique: “This is a timing method that permits deep focused work by giving frequent rests/breaks as positive rewards and reinforces doing 25 minutes of intense work at a time,” Hobson says. An app like Focus Booster—available online, on Windows and macOS, and for iPhone and Android—makes it even easier for you to follow the method, providing a timer and tracking your productivity over time.

Practice OHIO when you can: OHIO stands for Only Handle It Once. “That means for small tasks and projects, you get it done and over with instead of setting it up to be done later,” explains Raina. “For example, block your calendar right away if you agree to a meeting, answer an email that requires a brief response immediately upon reading it, save the file in the right folder on your laptop ASAP... This small time investment at the front end frees up the future time and attention you would have used to get back to these tasks and declutters your brain.”

Instead of a to-do list, make a “stop doing that” list. “Over the course of a week, look at how you spend your time and ID the things that are nonessential—things that don’t aid your goals or make you happier,” says Raina. Maybe you check your phone every 10 minutes, even when you aren’t expecting calls or messages. You can eliminate this habit by removing phone alerts or physically removing your phone from your surroundings. Find ways to cut out the distractions so you can maximize the time you do have.

Find other great health and wellness stories at MarthaStewart.com/Strive