The Secrets of Martha's Rose Garden 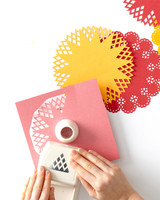 Although Martha knows there is no such thing as an instant rose garden, experience has taught her that structure is the catalyst. "With a really good plan and good architecture, you can make a garden happen," says Martha, who began planting her ambitious rose garden in her East Hampton weekend place in 1991. By the end of the first season, the climbing roses had scaled their supports, and within a few years, they had achieved a mature look. By comparison, it had taken 16 years for Martha's Westport property to reach the stage captured in "Martha Stewart's Gardening."

When Martha began working on the East Hampton garden, even the soil was beyond repair. The beds had to be excavated two feet deep and filled with a blend of topsoil, compost, and manure. But once the beds were done, Martha was ready to create the structure that would form the garden.

Martha's accumulator personality and affinity for history strongly influenced the plans for her East Hampton rose garden. A turn-of-the-century photograph of the house prompted the idea of covering the facade with trellised roses in the style of an English cottage.

Inspiration for some of the other design components, such as the garden gates, came from Gertrude Jekyll's Garden Ornaments, which surveys the use of architectural elements in gardens. At an auction, another element surfaced in the form of a 19th-century tuteur (French for stake), a metal tower for training roses vertically. Using it as a model, Martha had a welder fashion a pair of iron replicas, each a graduated column balancing a globe, which now punctuate the garden.

Ultimately, the East Hampton garden bacome a synthesis of the best rose plantings Martha had seen: elements of Old Westbury Gardens on Long Island, certain English gardens, and a hint of Claude Monet's Giverny in France. The metal trellising inspired by Giverny is painted her signature green, suggesting a verdigris patina, and the cedar woodwork in the garden was stained to match.

To create the look she wanted in her East Hampton rose garden, Martha selected many old-fashioned and antique roses. Of the more than 700 varieties she chose, most are old-timers, and the rest have the look, if not the pedigree. Through careful selection, Martha's roses bloom in waves from May to late October, producing blooms for fresh arrangements and potpourri.

'Alchymist' has fragrant, old-fashioned double flowers in buff, yellow, peach, and orange tones. The flowers are quartered -- that is, the central petals are divided into four sections, a common trait in old garden roses. Introduced in 1956, it is long-blooming (a month or more) and hardy, and it can climb a trellis or pillar with 10- to 15-foot-long canes.

'Boule de Neige,' French for "snowball," is an 1867 introduction whose crimson buds open to round, white blooms. It is a Bourbon, a class of old rose with large, highly perfumed flowers that rebloom later in the season. Unlike other Bourbons, this hardy, upright shrub resists black spot.

'Cardinal de Richelieu' has pink buds that open to puffs of deep purple. This 1840 introduction is a gallica, the class of rose considered the forerunner of the other old roses -- and modern roses, too.

'Charles de Mills,' another gallica, possibly from the 17th century, is a profuse bloomer with rumpled and flattened petals that are crimson, maroon, purple, and violet.

'Constance Spry' honors the great English flower arranger (1886-1960), who loved using old roses in her designs. It produces huge, peonylike, pink blooms with the strong myrrh scent of an antique, but it is actually the first English rose introduced by breeder David Austin in 1961.

'Dainty Bess,' a vestige of the 1920s fad for large-flowered single roses, has sprays of lightly fragrant blossoms with prominent maroon stamens and five ruffled petals. It is a strong everbloomer with leathery, disease-resistant foliage.

'Pierre de Ronsard,' also known as 'Eden Rose,' was introduced in 1987. Its fragrant, cabbagelike flowers begin as white globes, then unfurl and deepen to shell pink.

'Ferdinand Pichard' has large, fragrant, cupped, double, pale-pink flowers striped with crimson on short stems. This 1921 introduction, a good repeat bloomer, is a hybrid perpetual, a class of rose popularized in the Victorian era.

'Konigin von Danemark,' dated 1826, bears a mass of quartered, pale-pink blooms with a darker center. Their color deepens with age. It is a disease-resistant, hardy rose classified as an alba, a kind of old rose that typically grows to a large size.

'Louise Odier,' a Bourbon dated 1851, has dense, cupped, pink flowers with a strong perfume. It is a tall, disease-resistant plant that blooms repeatedly.

'Madame Alfred Carriere' bears clusters of fragrant, gardenialike, double, white flowers. It is a noisette, a class of old roses developed in 1800 in Charleston, South Carolina. A strong repeat-blooming climber, it is fast growing but marginally hardy in cold-winter areas.

'Madame de la Roche-Lambert,' a hybrid moss rose dated 1851, has very fragrant carmine blooms with hints of lavender and neatly arranged concentric petals. Moss roses are so named because their buds are coated with what looks like moss but is actually a pine-scented sticky growth.

'Shropshire Lass,' an English rose introduced by David Austin in 1968 and named to honor his home county, has fragrant, nearly single, blush-pink flowers that fade to white. The shrub is disease resistant but blooms only once per season.

'Sweet Juliet,' a 1989 David Austin English rose, has apricot flowers with a strong tea-rose perfume. It is robust and may sprout so plentifully from the base that if all the canes are left to develop, the flowers will not open fully.

The rose-care regimen in Martha's East Hampton garden begins in early spring, when Martha and her gardeners remove the burlap enclosures placed around each bed to reduce the desiccating effect of winter wind. (When burlapping in fall, they spray with antidesiccant, too.) Then, as the first leaf buds form, they uncover the crowns by gently pulling away the mound of compost applied after fall's first frost. Martha forms a saucer, or well, of compost around each bush to facilitate watering and gives each plant a quarter cup of Epsom salts and a dose of a packaged rose fertilizer high in organic ingredients.

Every three weeks the plants are fertilized again, and the soil is rejuvenated with a couple of inches of compost in spring and fall. In a departure from traditional methods, Martha sprays with fungicides or pesticides only if a problem occurs.

Caring for a rose garden isn't nearly as challenging as many gardeners assume. It begins with selecting roses suited for your zone, learning how to plant them correctly, and taking time to care for them regularly. Just about anyone can enjoy an abundance of fragrant blooms all season.

Fave It
Made It
Rate It

Other Ideas to Try 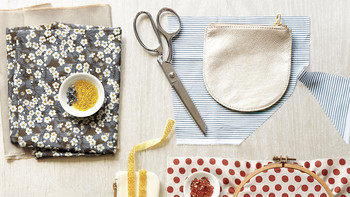 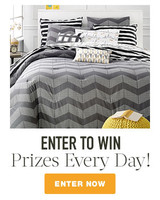